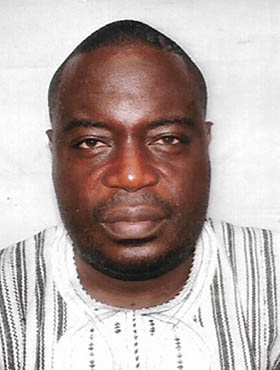 The civil war in Liberia broke out in Nimba County on 24 December 1989 when Charles Taylor returned to the country from Côte d’Ivoire. At the time, Parker Suah Barcolleh was a pupil at Ganta United Methodist Mission Primary School. His family escaped Ganta and took refuge in Monrovia, the capital city. On 25 May 1990, his family was forced to flee to Guinea because of rebel attacks.

Parker Suah Barcolleh spent eight years in Guinea as a refugee. He went to Mohomu Refugee High School run by the International Rescue Committee (IRC) in Guinea. In 1997, he took an 18-month French Studies course at the Nzérékoré Vocational Training Institute also under the IRC. He returned to Liberia on 20 September 1998 to pursue his higher education. Charles Taylor was the President of Liberia following national elections held in 1997. Parker Suah Barcolleh decided to teach French in high school to raise fees to enrol at the University of Liberia where he attained a Bachelor of Science (BSc) in Economics and a Master's in Business Administration. Between 1999 and 2003, Liberia experienced yet another bloodbath known as the 2nd civil war 3. ECOWAS intervened to stop the rebel siege and Charles Taylor went into exile in Calabar, Nigeria marking the end of his regime.

The International Community arrested Charles Taylor in March 2006 to face charges for various war crimes and crimes against humanity. He was brought before the Special Court for Sierra Leone (SCSL) for trial. In 2009, Parker Suah Barcolleh came across a job vacancy posted in the Liberian Daily Observer newspaper for Liberian Interpreters in the Charles Taylor’s trial. He was excited because he met almost all the requirements for the position. He applied, but later became jittery when he was shortlisted since he had absolutely no experience in court interpreting. The Special Court for Sierra Leone conducted a 2-week interpreter training workshop for over two dozen shortlisted applicants. The training was conducted by Kelson B. Sesay, the Head of the Language Unit at SCSL. After the 2-week training, three Liberians were selected to serve as Liberian interpreters in the Charles Taylor’s trial.

Parker Suah Barcolleh’s first day in the booth was his greatest challenge on the job. He was scared stiff. He was afraid to handle the microphone and console and at the same time interpret. It was the first time he actually held a microphone; he was never trained with an actual microphone during the 2-week workshop. He quickly overcame his fears and the rest is history. He later worked as a Liberian English Interpreter at the International Criminal Court (ICC) in the Hague, Netherlands during the trial against former Ivorian President Laurent Gbagbo.
Back to the list of interpreters