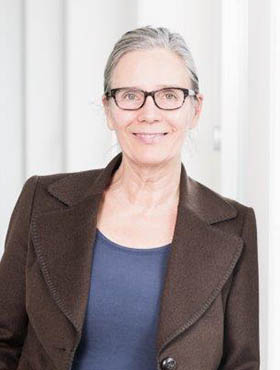 A Swiss graduate in anthropology and a mother of four, Dr. Rebekka Ehret, stayed in Sierra Leone with her family to do anthropological field work. She became fluent in Krio and thus was the ideal candidate to conceptualize and organize the training of the simultaneous interpreters needed for the Special Court for Sierra Leone.

In 2004 she became Chief of the Language Unit and stayed until 2006. Her understanding of the country’s people, its linguistic landscape and political climate helped her to draw up a training program that not only focused on language. It was a major breakthrough that female interpreters were recruited and trained to reflect the needs in the courtroom. She learned about the requirements to exercise the technique of simultaneous interpretation and drew up a course that included terminology work as well as practical training that continued throughout the proceedings of the court in which Dr. Ehret acted as a monitor of the interpretation. She was the liaison between the court and the interpretation team that faced many challenges from different sides. Ehret’s efforts have made a strong contribution to the court’s work and provide a much-needed commentary on the role of language and anthropology in the administration of justice.

She has since returned to Switzerland and her position has been assumed by Brima Kelson. Dr. Ehret worked also continued the training program with the SCSL and worked as a consultant with other international criminal tribunals and currently teaches at the Lucerne University of Applied Studies in Switzerland.
Back to the list of interpreters